The store will not work correctly in the case when cookies are disabled.

Psoriasis and the relevance of phototherapy 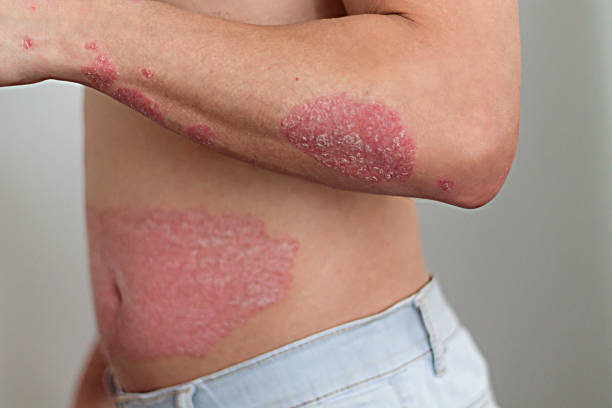 Psoriasis is an inflammatory, non-contagious skin disease that sometimes begins in childhood and adolescence, but usually in adulthood, and is usually lifelong. After allergic contact dermatitis and neurodermatitis, it is one of the most common chronic skin diseases.

The typical appearance is sharply defined, scaly reddening of the skin, which occurs primarily on the elbows, the sides of the knees and the hairy head, and is sometimes itchy. This is also indicated by the medical name of the disease, which comes from the Greek "psao" (I scratch). In addition to the skin, psoriasis also affects the joints in 5-10% of sufferers and the nails in about 50%.

The exact number of people currently suffering from psoriasis (prevalence) can only be estimated, as sufficiently large population-based studies are not available. In principle, psoriasis can occur at any age, but studies allow us to distinguish between two types. In the early type, the so-called type 1, to which about 70% of those affected belong, psoriasis usually appears before the age of 30. A study from Kiel on 3,700 patients with psoriasis showed a first peak of this type of disease at the age of 16 in women and at the age of 21 in men. In contrast, the rarer so-called type 2 psoriasis usually appears after the age of 40, in the Kiel study with a disease peak of 60 years in women and 57 years in men. However, there are further differences: the early type is more often associated with a severe course, shows a much higher familial burden - genetic factors play a special role in type 1 - and, in contrast to type 2 psoriasis, is characteristically associated with certain cell surface features, so-called HLA antigens.

Psoriasis is one of the major common diseases with a prevalence of 2-3% in the German population alone. The disease is associated with manifold impairments and is perceived as very serious and drastic by those affected due to its visibility and the associated stigma. There is a need for action with regard to rehabilitation close to home.

Therefore, we offer a hand-held UVB phototherapy device for use on the skin in the treatment of psoriasis, vitiligo and neurodermatitis. This can be used anywhere on the body. As standard, our devices are equipped with a specially designed narrow band UVB 311nm tube.